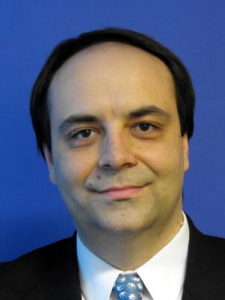 Head of Division for European Investment Bank operations in Greece and Cyprus.

Ioannis Kaltsas, holds a Ph.D. in Economics (Econometrics) and an MSc in Applied Economics from Virginia Tech (USA), an MA in Industrial Economics from the University of East Anglia (UK) as well as a Ptychio in Agricultural Science from the Aristotle University of Thessaloniki (Greece).
He is currently Head of Division for European Investment Bank operations in Greece and Cyprus. Prior to that worked in various managerial positions inside the EIB (heading the coordination of EIB’s operations outside the EU; Trust Funds and Donors relations, etc) and as a Senior Advisor to the EIB Management Committee as well as an expert for the evaluation of industrial and agricultural projects financed by the Bank. Before joining the EIB, he worked as an Economist in the International Cotton Advisory Committee (a UN Commodity Board) and as a consultant for the World Bank in the USA. Ioannis also spent some time working as an engineer in the Champaign industry in Epernay (France) as well as in coordinating a research program in the University of Nottingham (UK). His academic publications include papers in urban land values, futures markets as well as technical efficiency.
He has experience from evaluating the financing of more than 80 projects in 50 countries as well as managing Technical Assistance programs. He speaks and writes fluently Greek, English, French and Spanish.